Actor Charles Bronson was born Charles Dennis Buchinsky on Nov. 3, 1921 in Ehrenfield, PA. Bronson was the 11th of 15 children born to his American mother and Lithuanian immigrant father. As a young man, Bronson worked the strenuous and dangerous job of a coal miner until he was drafted to serve in World War II, which he did honorably. His tenacity and tough-guy charm in real life would manifest into a successful film career. Bronson made a name for himself by expertly performing vigilante roles, such as Bernardo O’Reilly in The Magnificent Seven, a story of rebellion against oppression in a Mexican peasant village. Bronson also played Danny Velinksi in The Great Escape, a film about the escape of Allied prisoners from a German POW camp in World War II. Before long, Bronson carved out a niche, playing tough-guy characters in violent thrillers such as The Mechanic and Death Wish. Other memorable Bronson films include The Dirty Dozen, Ten to Midnight, The President’s Assassin, Death Wish V, and Dead to Rights. 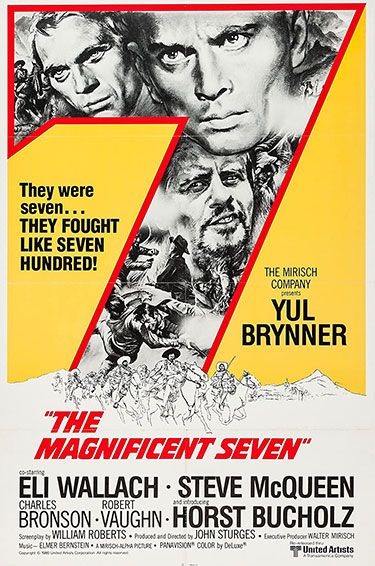