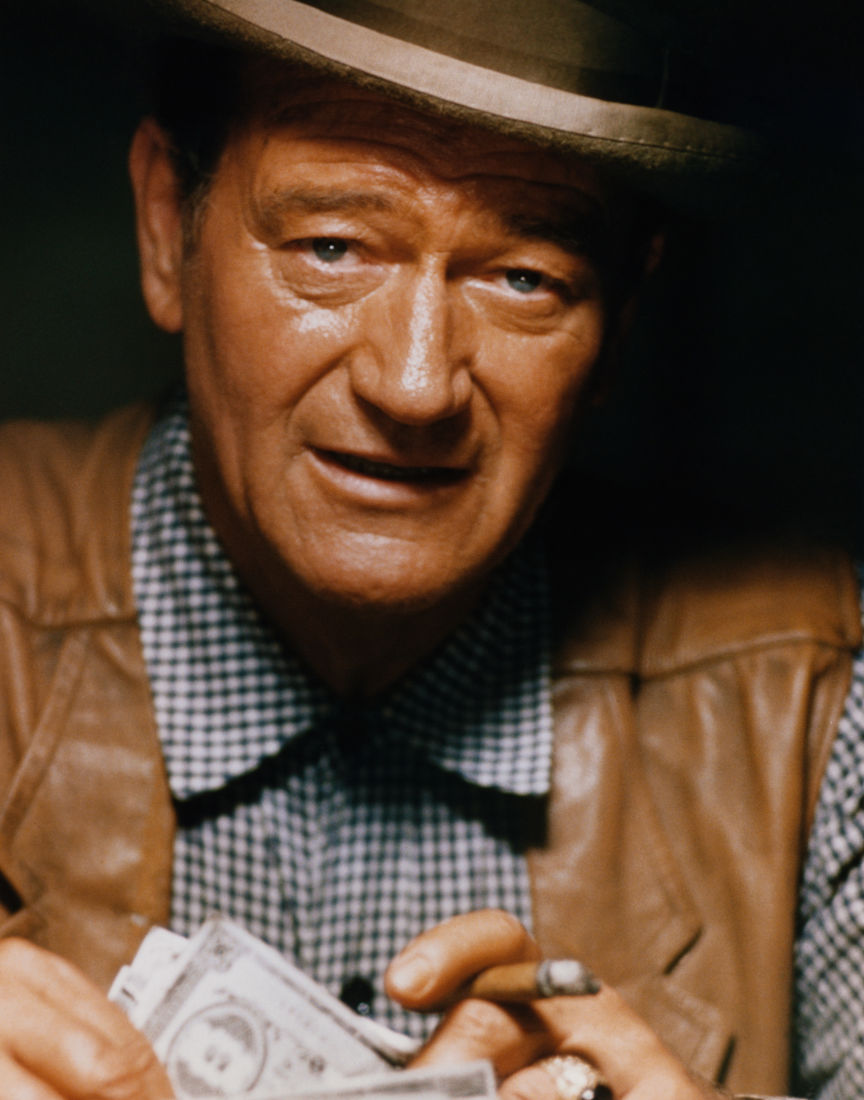 Marion Mitchell Morrison was born in America’s Heartland in 1907, but the world would come to know and love the Iowa native by his stage name – John Wayne. On the silver screen, he represented heroism, tenacity, and masculinity of the highest degree, and his image would soon become inextricably tied to the popular movie genre of American Westerns. Known as Duke during his childhood – a name that would stick throughout his longtime career – Wayne shined early on in his youth. He flourished both academically and athletically in high school, even scoring a football scholarship to the University of Southern California. But because he suffered an injury, Wayne lost his athletic scholarship just a year into college. After graduation, the young undiscovered actor decided to do some part-time summer work as a prop boy, stuntman, and movie extra – his first step into his prestigious film career. In 1930 Wayne landed his first lead role in the Western The Big Trail, and nearly a decade after playing roles in B-rated movies, had his breakout moment with the 1939 hit Stagecoach. From then on, Wayne would ride high on his saddle with unforgettable performances chronicling both Western and war movies, even recieving his first Oscar® nod for Sands of Iwo Jima and winning an Academy Award® for Best Actor in the 1969 film True Grit.