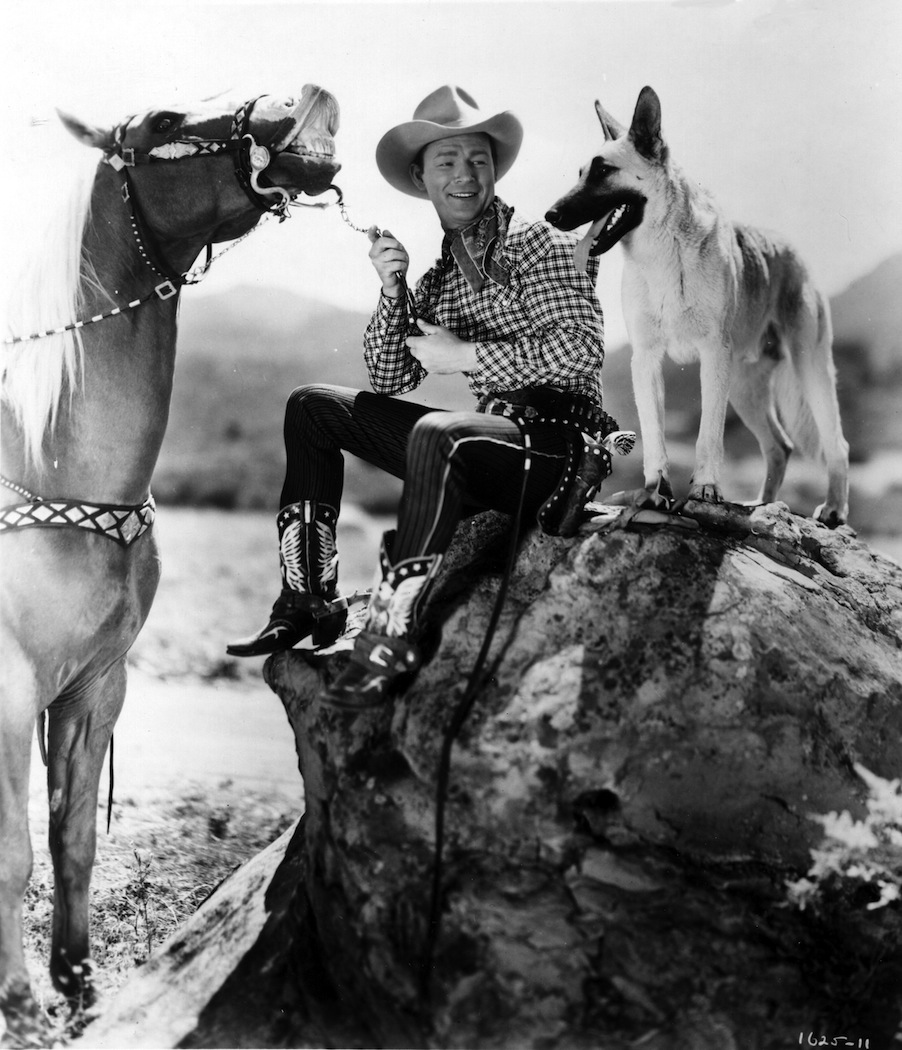 He may have been born Leonard Franklin Slye, but his historic roles in musical Westerns led him to a new Hollywood name—Roy Rogers. Born in Cincinnati in 1911, Rogers would eventually carve out recognizable trademarks as an actor, singer, and as the “King of the Cowboys,” appearing in almost 100 films during the ‘30s, ‘40s, and ‘50s. In the late 1920s, Rogers moved to California with his family, holding different jobs, such as fruit picker and factory worker. But music would soon come calling when he and his cousin began playing at square dances and local theaters, eventually adding a third member to their group to create the O-Bar-O Cowboys. The country-singing trio eventually appeared in several motion pictures. As his career shifted onto the big screen, Rogers changed his name several times, even crediting himself as Dick Weston in his first film, Slightly Static (1935). After his breakout role in Under Western Stars (1938)and a stalwart seven-year movie contract from Republic Studio, the name Roy Rogers stuck.  With hits such as Sunset in El Dorado (1945), My Pal Trigger (1946), Cowboy and the Señorita (1944)—with future wife Dale Evans—and The Golden Stallion (1949), Rogers evolved into a formidable pop icon.  He appeared in nearly all of his movies with his trusted horse Trigger, and his dog Bullet. Rogers went on to star in his own TV series, The Roy Rogers Show, from 1951 to 1957, and with both music and acting careers in full swing, Rogers solidified his place in entertainment history.  Rogers was elected to the Country Music Hall of Fame in 1988, and he has four stars on the Hollywood Walk of Fame, recognizing his accomplishments in radio, music, film, and television.